The Colour of the Kingdom 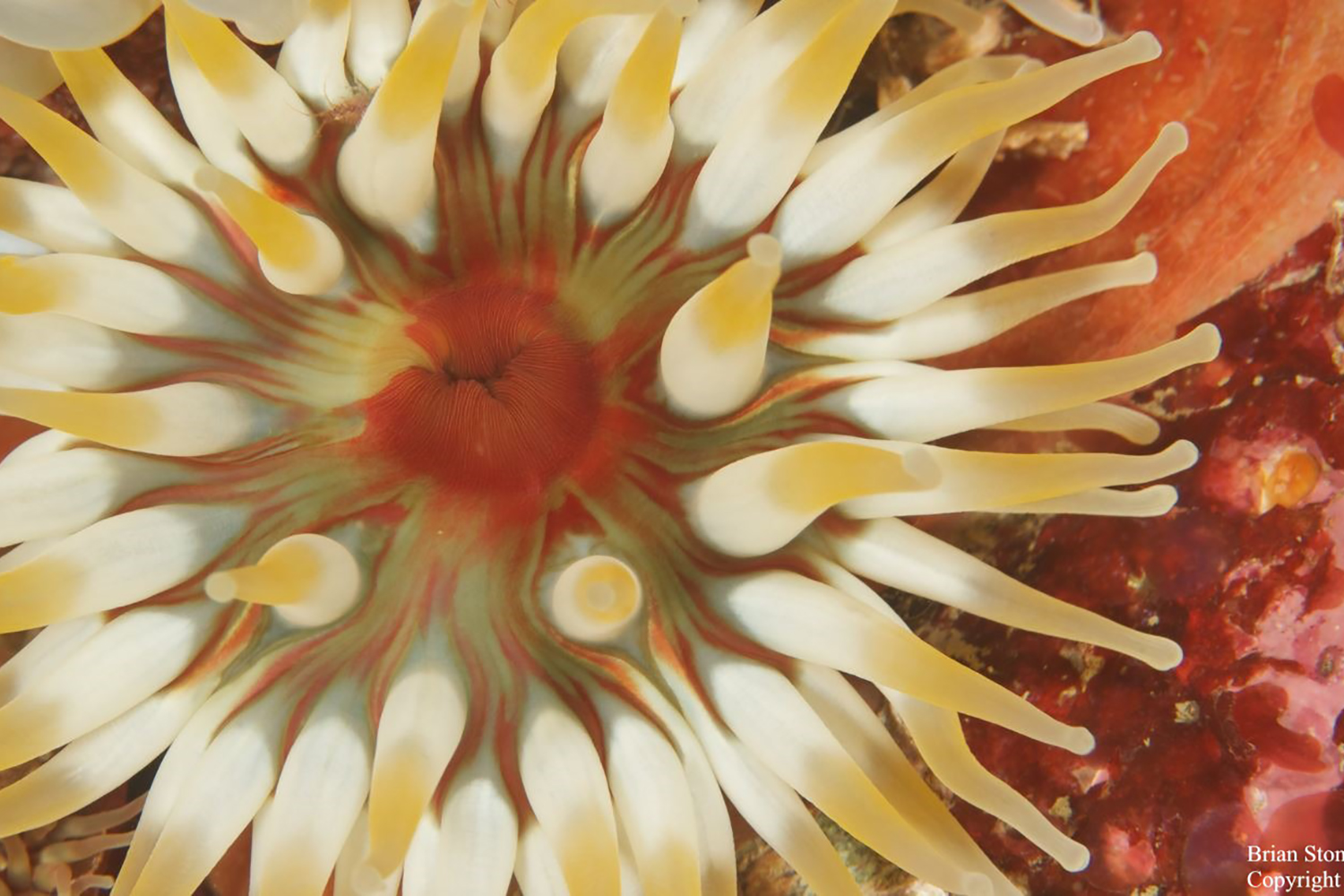 A small group of six Curragh divers travelled to the Southwest Region Dive Rally hosted by Inbhear Sceine SAC, based out of Cahirsiveen for the weekend. Stephen & Jean towed their boat, Molly and were joined by Irene, Marco, Lucinda & Niall. The crew had a visitor from UCDSAC, Mehdi Entezary, for the weekend.

This weekend will stand out in the memory for many years as one of those special weekends when the weather and nautical Gods shone on the divers.

With a packed lunch and two cylinders each, we set course west, in the face of the strong F1. There was a fog bank as we came down the sound past Knightstown and onwards towards Portmagee but once we broke through that, the Sceiligs, in all their majesty, came into view.

We dived the Washerwoman’s Rock to the North of the Sceilig Mhichil. The viz was very good and the light northerly current brought all the groups along a seemingly endless wall full of colour.

We landed on Sceilig Mhichil and had it to ourselves as it was not due to open to tourists until the next day. We ate lunch and then climbed to the top to see the ancient monastic sight and take in the magnificent views.

After lunch, we returned to the North side of the island and dived under the old lighthouse. If the morning dive was all about the Jewelled Anemones the afternoon was all about the Dahlias – the rocks and wall face were littered with them. Our return journey was similar to the outward journey – we were accompanied by hundreds of Gannets, Puffins, Guillemots and Kittiwakes.

Stephen was keen to see the north and west faces of Valentia Island so we completed our circumnavigation of the island starting from Bray Head where we had exited the sound in the morning. The island was spectacular and we identified many potential dive sites. We landed at Knightstown and had a pint sitting out in the sun to toast the wonderful day we had spent together.

Sunday was another wonderful day with barely a ripple coming up the sound at Cahirsiveen. Another packed lunch, a fully laden boat and it was away with us to Puffin Island. The hundreds of Puffins flapping and diving like mad left no question as to how the island got its name. The diving was equally dramatic. The south side of Puffin offers endless gulleys and large boulders to dive. Once again, the colour was phenomenal with beautiful Jewelled Anemones covering the walls and richly coloured Dahlia Anemones smiling up at the divers. Any and all depth was available here.

We returned to the picturesque Glen Pier on the mainland for another picnic lunch before the short journey back to Puffin where we could not resist another dive. It was a tremendous short weekend of superb diving that we will remember for years to come.

The bonus was that we got to meet divers from lots of other clubs who rightly return to this special corner of our country year on year to meet and dive together.