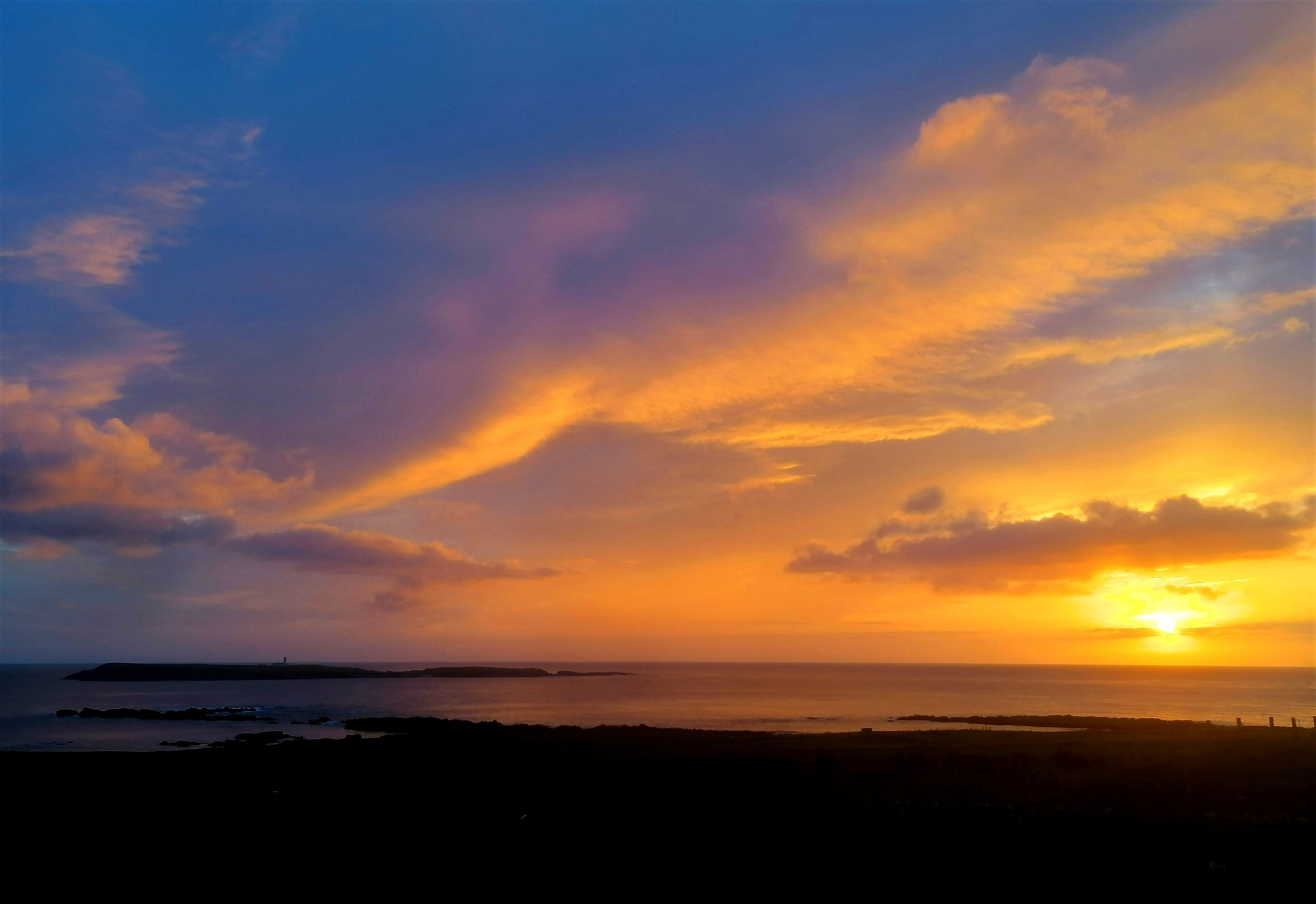 What a weekend! It was not without it’s challenges to say the least but it far surpassed all expectations.

First up lets get the “challenges” out of the way. Even before arriving at the slipway in Teelin on Friday afternoon, we had sparks and flames flying from one of the trailers. Mark managed to guide the trailer into Teelin and the extent of the problem was assessed. Unfortunately the problem would mean Mark would miss Saturday’s dives to drive back to Dublin and get new ball bearings. Boats were eventually launched but it was clear the seas were too high to bring them around to Malin Beg on Friday. New plans were made and various problems solved.

The same team work and problem solving was applied to the other challenges that arose throughout the weekend. These included Lir climbing the harbour wall during falling tide on Saturday, a few minor issues around the compressors and various problems with the overnight moorings. In each case various individuals took responsibility as well as working together as a team to ensure everyone enjoyed 5 amazing boat dives and 3 night dives.

And so on to the diving. All I can say is “HOLY MACKEREL”. At times I bubbled some more colourful expletives through my regulator but I don’t want to be censored. Suffice to say I spent most of my 5 boat dives and 2 night dives in wide-eyed awe of the whole experience. As a new member who has never dived the west coast before, I knew Malin Beg was going to be a step up from The Muglins. However, I never expected the variety of sea life and the dramatic beauty of the seascapes. It is the closest I will come to visiting another planet. The trench off Rathlin O’Birne (Sunday morning) was like a surreal movie-set from Star Wars or a science fiction movie. The crystal clear waters meant I could see the teeming sea life on the walls on either side as well as below me down to the black sea floor 20 or 30 meters further below.

At Candle Rock on Sunday afternoon at one point the sea floor was a crazy zig-zag pattern of giant boulders. Shining my torch in the spaces between, revealed something new and unexpected at every turn. Each of the 4 dive sites (+ the harbour on the night dives) were dramatically different in terms of rock formation and seascape. Some of the many other highlights were the swim through at Gloster Rock and the jagged cracks and crevices at Thor- Lea- Bullig.

What can I say about the sea-life? Well actually not a whole lot because I haven’t a clue what most of the creatures were called. However, the diversity and colour was simply astounding. How the many different species of fish and crustaceans interacted was particularly fascinating. The co-habitation between congers and prawns was weird. On the night dives, the rays, lings and plaice all seemed happy to hang out side by side on the sandy part of the harbour. Some of the highlights were the smaller creatures including the ghostly white nudibranchs and the tiny fragile spindly crabs clinging to the kelp.

However, the highlight of the weekend for me was the huge shoal of horse mackerel that passed myself and Colm by at Thor- Lea- Bullig on Monday morning. It was so big and did so many passes, it was seen by most of us on that dive (except the 2 dry coxs, Gerry & Neill). Hopefully you have seen Colm’s video taken with his GoPro. It gives some sense of the drama but it is impossible to capture the speed and scale of the shoal as it got closer and closer. As they whizzed past only 10 meters from my mask, I could look the individual mackerel in the eye. Then my bubbles or my clumsy movements would spook them and they suddenly flashed silver and blue as they broke formation and then instantly re-gathered. It felt like being passed by a giant living shape-changing high speed train. Magic. https://youtu.be/AIB-uL4SCBo

Then there was the time spent on dry land. That too surpassed expectations. The meals and fire-side chats were very enjoyable. Drinks outside the hostel as the sun set on Saturday night was another highlight. From these chats I got a real sense of the history of the club from some of the more “senior” members. Some of the stories of past members (good and bad) were hilarious and some a little shocking. The craic was mighty and the slagging was good-natured. While Tony the dolphin-whisperer was the principal victim this weekend, I have no doubt my time will come! The hospitality shown to me by all was greatly appreciated, including from those I have only previously met briefly this summer.

In summary, it was a fabulous weekend. Perhaps as I get more trips like this under my weight-belt, I will get a bit more nonchalant. However, right now I am still awe-struck. With the global over-fishing problem, I wonder will such abundance of sea life become more less common. I therefore feel even more privileged to have experienced such other-worldly drama and beauty. I am grateful for the camaraderie and patience particularly of my dive buddies but also by everyone on the boats from whom I learnt so much.

I am conscious that such a successful trip doesn’t happen by accident. Everyone contributed to a great team effort. It is a mark of the a great club that everyone took responsibility for some part of the unglamourous work and everyone assisted each other in every way possible. There are too many individuals to thank and if I tried I would forget someone. However, special thanks and congratulations on a successful trip goes to Gerry O’Dowd who organised and lead with great assuredness. He stayed (almost completely) calm and unflappable through all the aforementioned challenges and ensured we enjoyed the 5 boat dives (listed below) and 3 night dives in safety and good spirits. Well done Gerry. I look forward to many more such trips in the future.