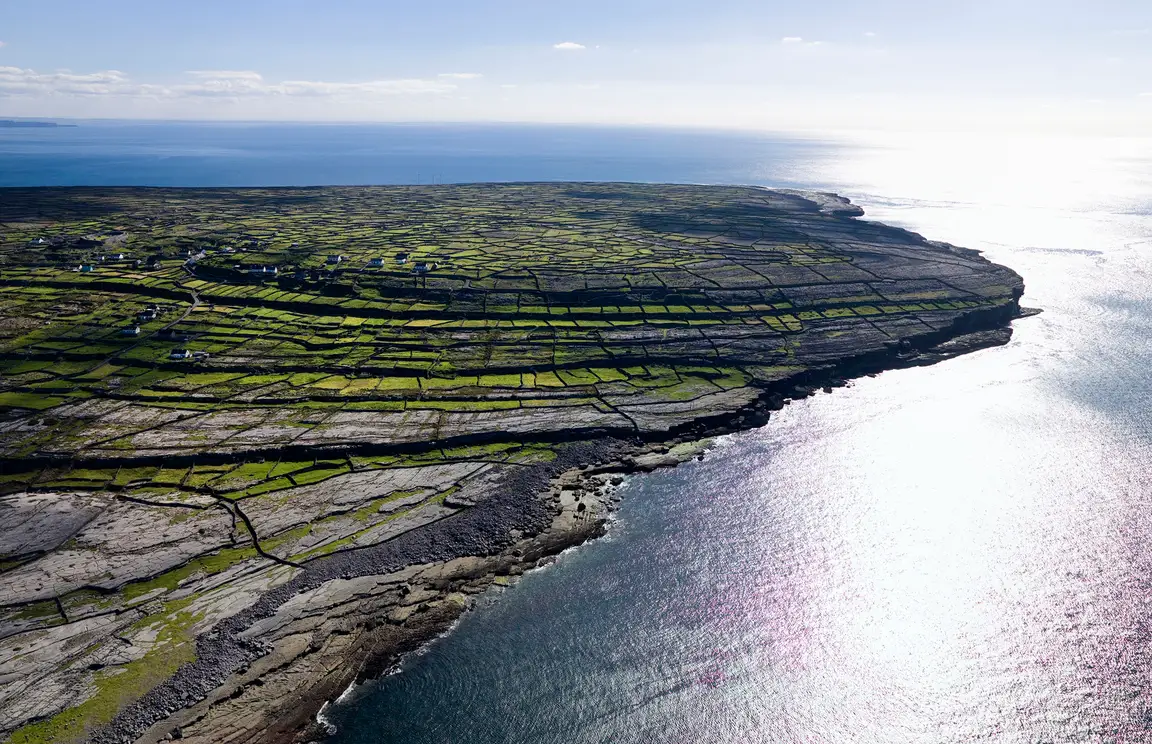 So, that’s another task of boats put back in the water, the trailers stowed away and all the boat boxes, trailer boards, fuel etc returned to the clubhouse. It’s late, getting dark and it’s been a long day after an early start. I’m tired. I’m going home. Why the f**k do I do this to myself? Well, where do I start…

I first dived the Aran Islands in 2009 with an experienced crew and a memory of some cracking dives and excellent food. The ones that stood out for me on that week were burned into my memory and I jumped at the opportunity to dive them again.

Me: Colin? Any spaces left for the Aran trip?
Colin: Yeah, but can you tow?
Me: Have jeep, will travel.

And there it started. August weekend booked for another dive excursion and after last year’s outing to Valentia Island and the Skelligs on the same weekend, it had a lot to live up to. It didn’t disappoint.

As we all know, tide and time waits for no one and on that note the instruction was to get to Spiddal to launch the boats as close to high tide as possible as we were totally unfamiliar with the slip in question. With some detailed research done by the wonderfully committed Jimmy Furlong, we discovered that the slip dried out quick with barely enough water 3 hrs either side of high. There was another slip nearby but with limited access and manoeuvring of trailers and the original plan to launch from the slip I was familiar with at Trabane was a 37km drive away. So, with Jimmy having a summer house in Spiddal with safe space to park the jeeps and trailers, we made sure to launch the boats on high(ish) water.

So off we set with Tony Jie and me in Danu with Mark Seavers and Jimmy in Lír. The crossing was a bit rough on the way over and took the guts on an hour before we tied off the boats at the north pier. With everyone arriving on time on the Ferry from Doolin, the decision was made to get straight out for the first dive on the weekend, but I discovered that my under suit got wet on the excursion over which meant only one thing. Dry Cox. Mr Seavers took the decision to dry Cox the other boat to get everyone back in time for dinner. The sacrifices that some people make. So off we went to Gregory’s Reef to break the seal on the weekend ahead. Nice dive by all accounts. I wasn’t there, I just drove a boat.

After dinner at the B&B we took the opportunity for creamy ones in the Islands pub. Covid? Masks? Normal covid precautions seemed to not apply on the island but us dirty Dubs still took the precaution to sink a few outside in relative safety. Apparently, there was an outbreak on Aran Mór but heavens knows how that might’ve happened???

Saturday started with a quick breakfast followed with a long walk for myself to the pier in my dry suit carrying my regs and lunch to avoid a mid-day return walk. I thought I was going to be the last man down but I managed to catch up with a couple of other stragglers and avoided that trophy. Off we headed on two short trips for Glassan Rock in the morning and Synges Chair/ Pól Gorm in the afternoon. Both sites were practically opposite each other with Glassan Rock on the east of Inis Mór and Pól Gorm on the west of Inis Meáin. Both were stunning dives with fantastic topography. Glassan started with a graceful drop down to 27m (my max nitrox MOD) with my buddy Áine. With a wonderful wall on our left heading north and a flat bottom seabed to our right/east provided a wonderful contrast to steer ourselves along to follow the dive. Not a whole lot of life on this one but a wonderful under water scenery with a few gullies and over hangs to explore. After the dive we made our way back but not before spotting a Minke Whale undulating off to our starboard. Of course, we went for a closer look but the smart fella resurfaced way behind us towards open sea.

Thankfully, with the day brightening up, the sun really lit up the second dive in the afternoon with tonnes of life and colour complimenting the magnificent majesty of the over hangs of Pól Gorm/Synge’s chair. I remembered why we dived this site on numerous occasions the previous time around and the consensus all round reflected the same sentiment. Áine and myself finished off this dive a few minutes over time due to some SMB issues (my reel like a bird’s nest and Aine’s “failing to launch) ending up in swapping my SMB on to her reel. Sure, it wouldn’t be an Atlantic weekend away without some glitch.

We managed to get the ‘local taxi’ home in time for dinner. Then back down to the local for a few more ‘creamy ones’ though a bit tamer than the night before.

With a few dives under our belt and the wind forecast for ‘nice and easy’ westerlies we set off for a full day on the boats with two full tanks each, a bag of ‘hang sanguiches’ from the B&B and whatever stock of snacks we had ourselves. First stop was Pól Na bPeist. A famous rectangular pool, naturally cut out from the rock with access into via a swim through. This is a popular tourist spot that has hosted The Red Bull diving competitions before so, no doubt we were ‘papped’ by any tourists taking photos of the spot. Again, this was as fantastic dive and a memorable one from before. The brief was to go into the pool and when exiting to turn left and follow the dive. This dive reminded me of St John’s Reef in the Red Sea which is like an under-water maze. Each turn has an option to go left or right with plenty of narrow passageways to navigate through and follow your nose with. There were plenty of possible swim throughs to investigate with all being a bit tight on the exit bar one, at the end of our dive, where myself and Tony Walsh finished off with a flourish.

After this dive we proceeded to the island off the island off Aran Mór. Next stop New Foundland. With a lighthouse on the island, we used the steps onto it to tie off the boats while we had our lunch under the beautiful Atlantic sun. Good for the soul. After our food and surface interval we proceeded on an exploratory dive to “The Finger” and “canyon” using the depth sounders to find drop offs or gullies in the depths below. Our boat sounded out closer to the island with some possibilities, The plan was made to drop in at 20m and if nothing around to head back in towards the island compass north and explore the area. This dive was “ok” nothing to write home about, but these are the chances worth taking in the off chance you might stumble onto something magnificent. So, with the last dive of the day done, we headed home via the north side of Aran Mór straight down to out HQ pier on Inis Meáin. Back home to the B&B for dinner and to the local for pints but not before Myself and Mark Seavers and Ciarán had to move the boats from the pier steps over to the safer harbour wall with kits and petrol onboard. If anyone was to take a shine to the goods on the boats, we weren’t going to make it easy for them. Suffice to say, Inis Meáin has a very low crime rate but us Dubs are just used to locking everything down and bolting everything up.

The last day started off with an early breakfast and straight down to the pier to bring the boats around to the steps with a stop off on the way to the garage where all our kit was stored. Off we ventured to the cavern at the SE side of Inis Mór. I had dived this before but didn’t realise that when we arrived, there were two cave arches to choose from. Which one? So, with instruction from DO Colin to trust my gut we ventured to the one on the right. Yes, it was the correct one.! I was leading the dive of a threesome with the two Tony’s. In we went and made our way over to the cavern, except no cavern! S**t! how could a miss something that size. Looked around then looked up. We ascended to 10m and there it was. As we entered, we could feel the water heat up to eventually register 15c. The cavern is huge. We ventured in far enough till the light at the entrance was starting to dim a bit then gave the instruction to turn around and exit but not without seeing a beautiful scorpion fish and an even more beautiful nudibranch that Tony Jie captured on camera. Exiting the cavern, we immediately felt a huge temperature drop with thermoclines all around to prove it. Shimmering water everywhere, not narcosis. We continued the dive as planned and headed south with a nice current bringing us along until we rounded the point to head north with a cooler slight counter current. We continued with some wonderful walls and pinnacles to explore and circumnavigate. We ascended to the top of one to let the SMB off at 15m to end another fantastic dive and adventure.

After some confusion from the ferry company as to when to collect our crew, they finally fulfilled their commitment to bring the Curragh divers and compressors back to Doolin. Meanwhile the rib crew had a short crossing back to Spiddal thanks to some flat clam ocean which allowed us to put the throttle down with some sightings of dolphins on the way. After securing the boats on their trailers we headed back to Dublin with motorway all the way from Galway which made the drive all the easier.

So, after putting boats in the water, trailers back in the yard and boat equipment back in the clubhouse and getting home just before dark I ask myself why the f**k do I do this to myself, I am reminded of why I do so.