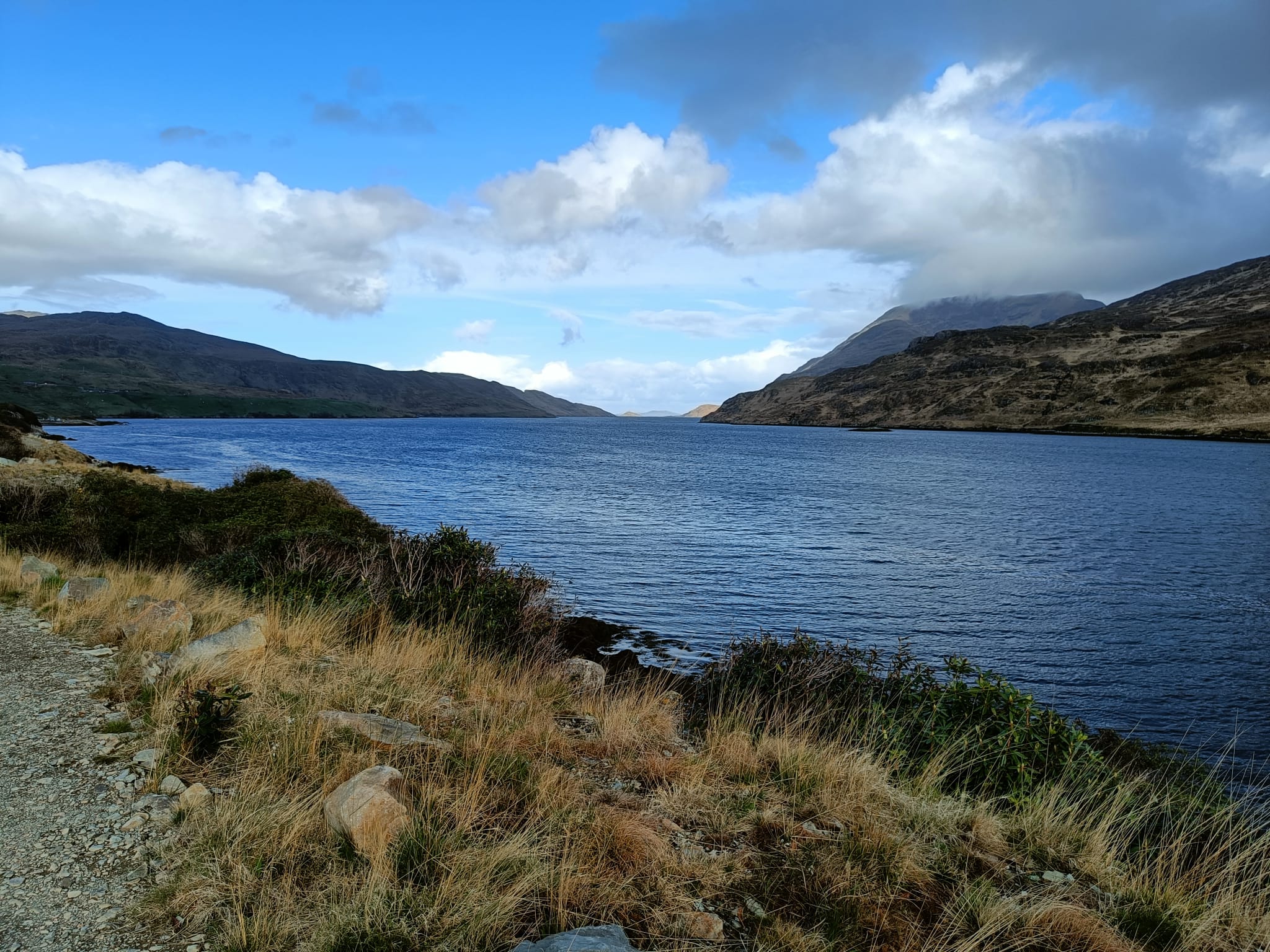 Being a brand new crossover member to CSAC, this trip gave me the opportunity to meet my fellow club members and share a bit of banter.

More importantly this was a training weekend where new trainee divers could do their prerequisite practical in ocean dives and skills to earn them a 1-star. Us 1-stars could get some of our required dives on our way to 2-star.

This is also a Leading Diver training weekend, having different Dive Officer of the Day for each group, all working together each day to choose buddy pairs, dive sites and give dive briefs.

First of all thanks to Áine, Dave M, David B, all the LD candidates, and everyone schlepping the RHIBs, compressors and fuel, making this great diving weekend possible. Thanks to everyone who dry cox’ned.

I got a lift down to Killary with Amado who was generous enough to offer. It was a good chance to get to know a fellow 1-star crossover.

We arrived at the K2 late Thursday night and checked in. K2 was a perfect place to stay. A clean no-frills hostel with a comfortable bed, breakfast and a drying room as well.

I got a lift down to the dock with Thibaut. After getting our kit ready, suiting up and briefed we set out to Doonee Beacon in Danu.

I was buddied up with Colm, who had dived these sites and knew his way around. It’s always great to dive with experienced people who I can learn from. We descended at 10:15 in 10 degree water. We saw plenty of urchins, sea stars, crabs, a squat lobster and dead man’s finger corals.

As we started our ascent we could see the silhouettes of a couple large turbot above us. Back on the boat and heading back, Jean K spotted some dolphins in the harbor. A good start to the weekend.

Somehow I lost a backup dive torch. Not the end of the world, I have spares. Lucky for me it was found the next day.

Back at the dock I was on compressor duty. Another learning experience familiarizing myself with the travel compressors.

Fair play to Linda and Tony taking turns diving and bringing the little ones along on the trip. The kids were having great fun hiding chocolates for the divers to find. Great buzz.

After the second stick got back, and the kit loaded in the boat we had our dive brief before heading out to Carrick Gaddy Rock in Danu. Colm and myself entered the water and descended at 14:23 in 10 degree water.

By this time the overcast had parted, the sun was out. Ireland is a completely different country when the sun is out, so is the sea. Just so much more color.

We seemed to have missed the dive site and instead descended into a kelp forest. After acclimating to the swaying kelp, keeping my focus on the stationary floor and rocks to avoid vertigo from the waving branches. I started to see life swimming in the forest, pollock swimming among the kelp.

Great first day diving. Back to the K2 to shower and then off Hamilton’s Bar and Restaurant (and grocery shop and petrol station) in Leenaun for dinner and a bit of banter. The food there was top notch.

I hitched a lift down to the dock with Thibout again. Helping Thibaut load his kit onto the boat his BC snagged my lifejacket lanyard activating it. At Least I know the lifejacket inflation works.

The second day had us going back to Doonee Beacon in Danu. The fair weather from the day before had not stuck around. Colm and me entered the sea and descended at 12:15 in 10 degree water.

Loads of crabs, squat lobsters, a dogfish, corals, anemones and urchins to be seen.

Halfway through the dive Colm came upon a weight harness a diver had lost the day before. We first tried to use my DSMB as a lift bag, but the harness was too heavy. So we let the DSMB shoot to the surface and then tied the spool to the weight harness.

Once back on the boat, after all divers returned we pulled the weight harness back up.

The weather had gotten worse by the time we left for the second dive at the wreck in Danu. We followed the GPS coordinates to the site and dropped a shot line to it. By the time the first divers were geared up and ready to enter it became apparent that the wind and sea caused the shot line to drift away from the wreck.

The open circuit divers then got geared and entered the water. Unfortunately a fin was lost on entry. These things happen. The dive had to be scuttled for our buddy pair. There will be more dives the next day.

Back to the K2 and then Hamiltons. The craic was mighty.

Second stick again, I got a lift down to the dock from Brian. After the brief we headed out to Conger Alley in Danu. On this dive I was buddied with Laura. We descended at 12:27 in 10 degree water.

It’s a fair assumption that you are going to see loads of life when you are paired with a photographer. We managed to find three conger eels, nudibranchs, anemones as well as scallops littering the sea floor.

For the second dive we headed back out to Conger Alley, this time buddied with Dave M. We started our descent at 16:01 in 10 degree water. This was a very nice and relaxing dive. I was able to get my breathing slowed down to about 21 liters, which is a good start.

Dave was hunting for the lumpfish he and Aran saw down the shallow end of Conger Alley the previous dive. We didn’t end up finding it but saw plenty of life along the way. Coming over a kelp covered ridge we came across a shoal of herring.

Back on the boat we learned Aran had completed all the requirements to be a 1-star diver. Congrats to Aran.

Back to the K2 and then back to Hamilton’s for dinner. This time the club reserved the dining room. It was great craic. A great buzz about the place.

I decided to skip the dive on day 4 and take a break. I got a lift back to Dublin with Amado when he was done with his dive.

All in all this was a great introduction to the club. In a word, the weekend was awesome. This was a great way to meet more of the club and get a handful of dives in at the start of the season.

Thanks again to everyone who made this weekend happen.